The German cases can be very challenging and frustrating. Do not panic anymore, this article will help you to understand the cases in German fast and easy.

The German cases, German articles and prepositions are extremely important grammar topics that are connected with each other. 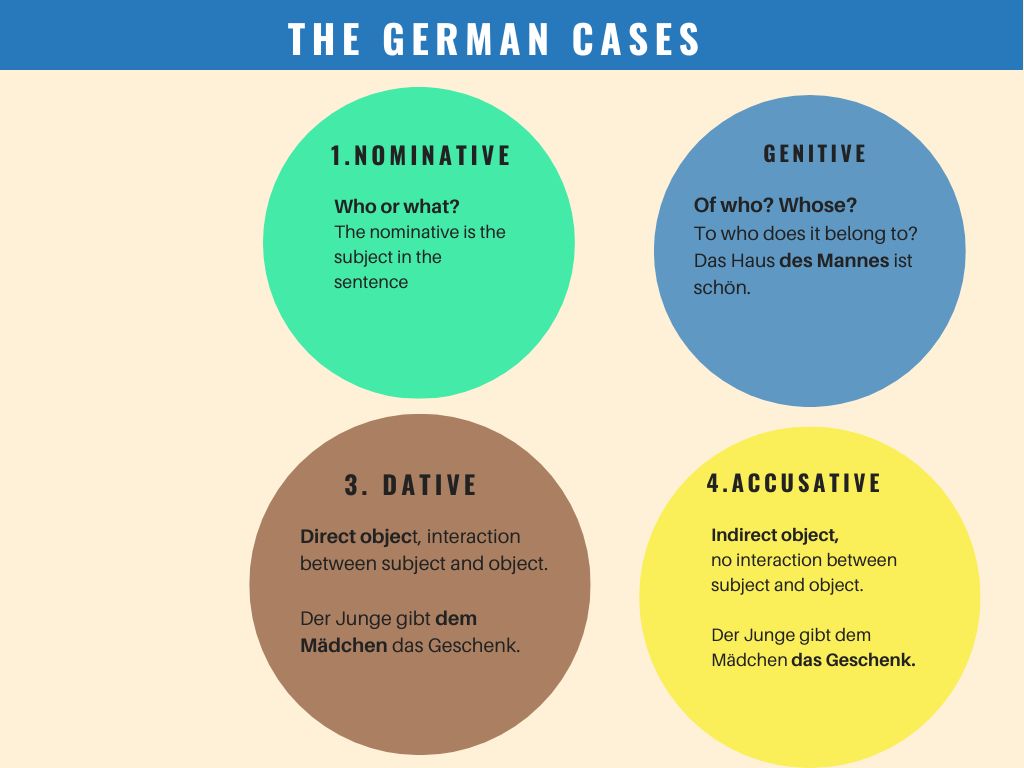 When you have a sentence, the 1st step is to figure out the nominative, the 2nd is to check if there is an interaction between the subject and the object:

Declination of the German Definite Articles Declination of the German Indefinite Articles 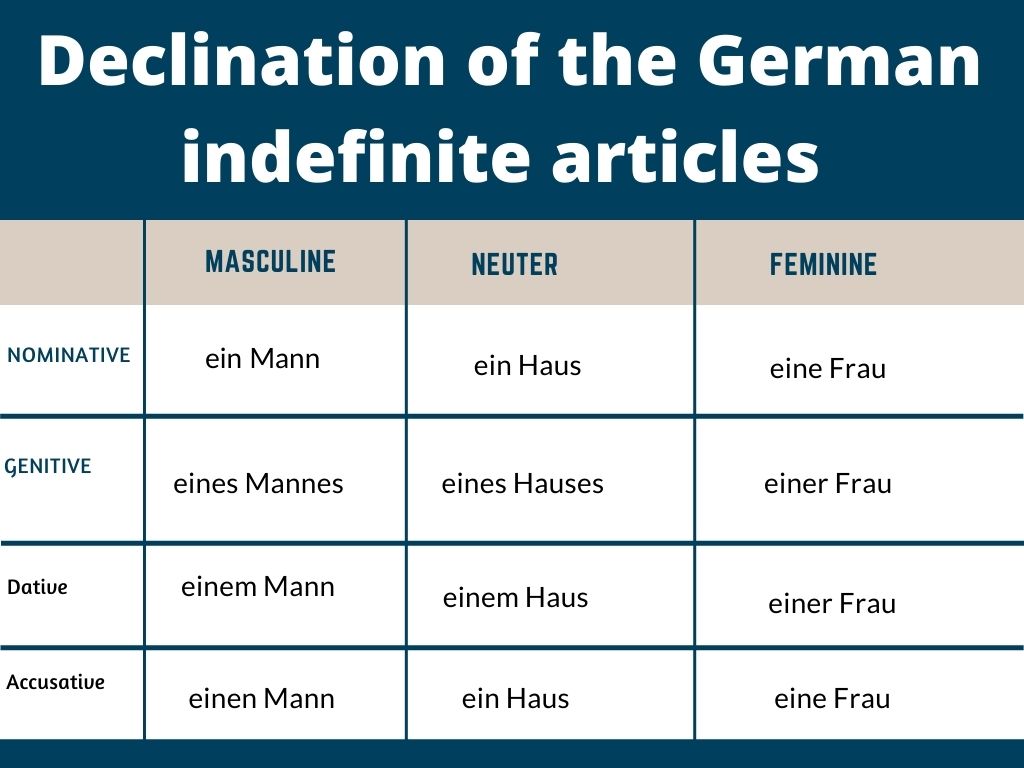 You can see in these lists how the German articles are changing depending on the case and gender. You can see also that the nouns can also change as well when they have a masculine or neuter noun in genitive.

German Prepositions with Dative and Accusative 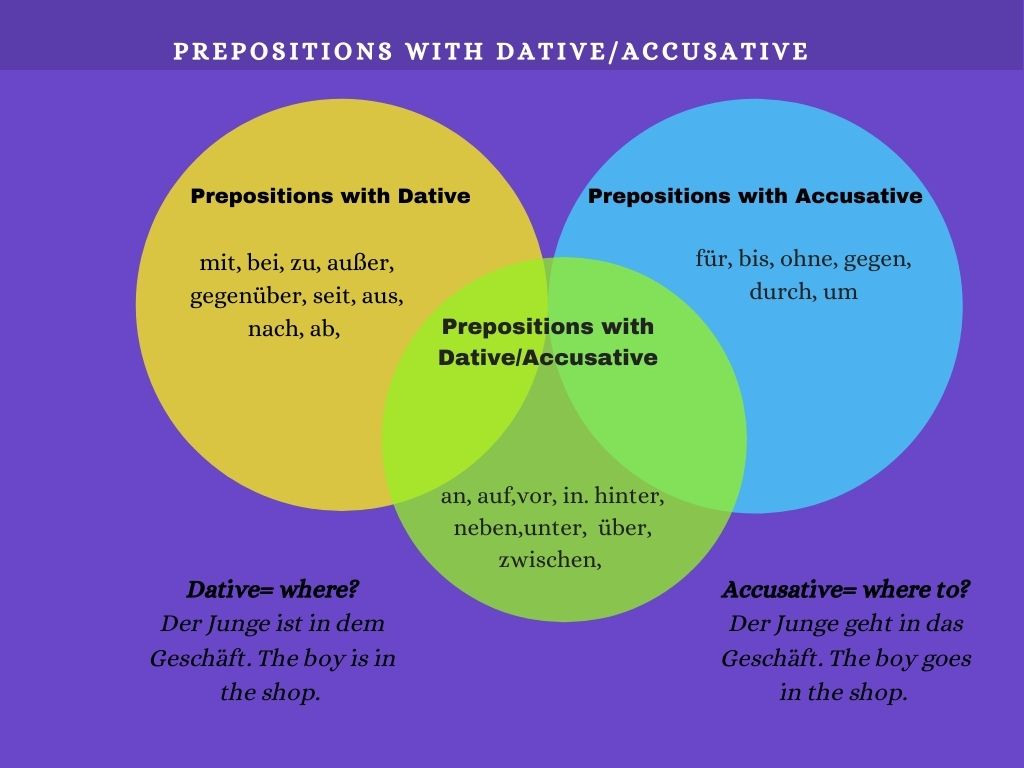 The Prepositions with Dative are the following:

Das Kind geht mit der Mutter in das Kino. = The child goes with the mother in the cinema.  When you see one of the dative  prepositions then you know that after this stands always a dative.

The Prepositions with Accusative are the following:

Das Kind kocht für die Mutter das Essen. = The child cooks the food for the mother.  When you see one of the accusative prepositions then you know that after this stands always an accusative.

The following prepositions can be used with dative and accusative as well. To figure out if it is a dative or accusative you can apply these rules:

German Verbs with Dative and Accusative 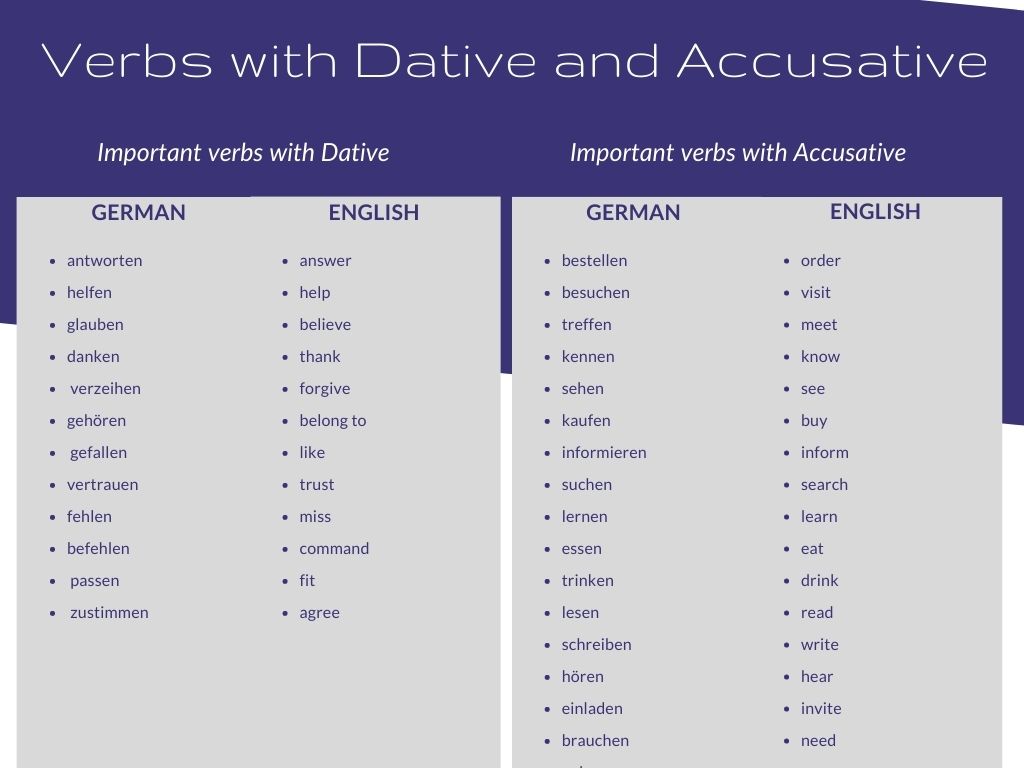 There are some verbs that are always used with a dative or accusative.

"Dir" is a dative and after the verb "antworten" stands always a dative.

The same applies for the accusative verbs.

It makes it much easier for you to make fewer mistakes when you learn the prepositions and verbs which are used with dative and accusative.